What is Fueling the Anti-Vaxx Movement? 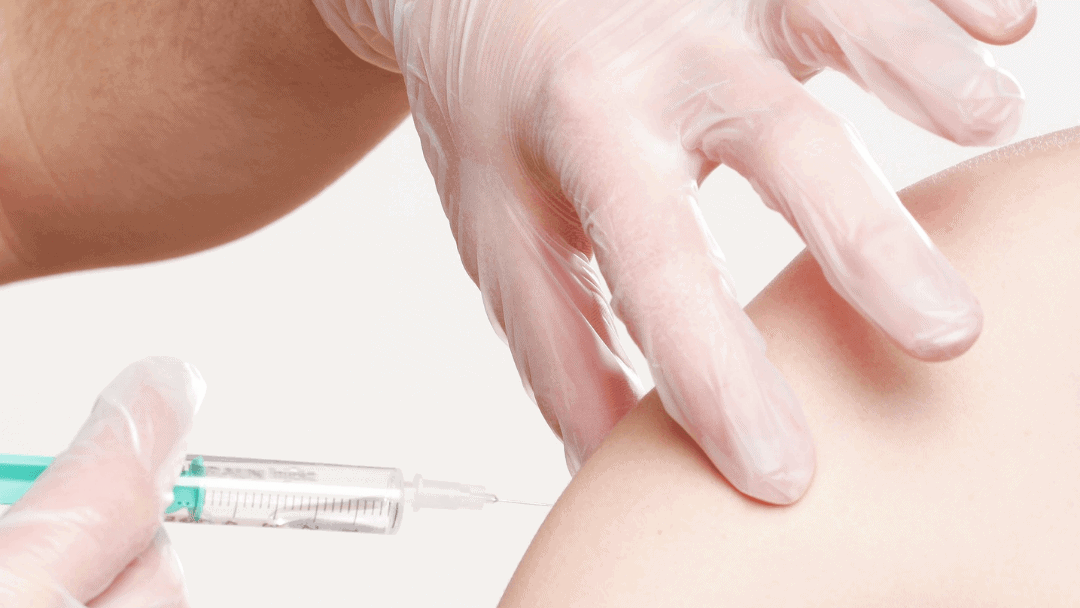 Bans are imposed, it’s been listed as a global threat, and more people are afraid of it than ever. No, it’s not us Muslims — it’s vaccines.

The anti-vaxx movement has become a growing force over recent years, and now sadly poses a threat to global health. Anti-vaccination sentiment is primarily driven by parents who care deeply for their children, but develop misguided fears that can have fatal consequences. For example, declared measles-free in 2000, the US is currently mottled with outbreaks. Just last month a New York county placed a ban on unvaccinated children from public places. Europe has been affected too, where more measles cases have been reported this past year than in the last two decades. And in early February, Italy re-imposed compulsory vaccination for children attending nursery schools after low uptake rates led to a surge in measles outbreaks.

As we can see, this is no frivolous issue. While the number of parents who don’t vaccinate is still relatively low, every outbreak from a vaccinated disease is one too many. The real threat of the movement lies in its potential to grow. 98 countries reported more measles cases in 2018 than 2017 — and with only a year left till the WHO’s deadline for eliminating measles and rubella in Europe, the danger is clear. While medical institutions have defended the efficacy and safety of vaccines robustly, (with an excellent summary available here), in this article we will analyse some of the social factors propagating a fear of vaccination, with a view to seeing how we can solve them.

Events over the past few years, such as Brexit in the UK, the election of President Trump in the USA, and a rising tide of Populism in Europe, have demonstrated that expert opinion has become progressively distrusted by the general population. A recent Guardian report found a correlation between the rise of populist sentiment in a country and anti-vaccination fears. This correlation indicates an underlying scepticism towards expert opinion that is rising in dislocated and disillusioned societies. Promises of an easier life and greater economic security have been shown to be pipe-dreams as the decades roll on. The Global Financial Crisis and subsequent economic measures have solidified an impression that it us vs. them, established institutions vs. everyone else. While this sentiment is often well-justified, it can be misplaced. Distrust in expert opinion is generalised across all institutions, and a once-trusted medical consensus of the benefits and safety of vaccines is taken as evidence of a cover-up.

While this factor is general in its application, in some cases political opportunism by Populists is more explicit. Donald Trump famously endorsed the idea that MMR causes Autism in 2014, helping to bolster his anti-establishment credentials. In Trento, Northern Italy, a public campaign compared the MMR jab to Nazi eugenics. With a name translating to “We are Freedom of Care”, the campaign endorsed anti-vaxx tenets and rallied against compulsory vaccination policies.

While it is true that parents should have the right to choose, that right doesn’t belie the fact that being antagonistic towards vaccinations is patently lethal. Favouring unfounded assertions against universal medical opinion is extremely unwise. And even though the right of choice is protected, one must also be mindful that failing to vaccinate your own children may endangers the lives of others. Community immunity protects not only your own child, but all the children around you. To sacrifice protection against lethal diseases out of fear of an Autism link that was initially based on fraudulent data, is irresponsible to say the least.

Where then does this leave us? One answer is the obvious — education of the benefits and safety of vaccinations, along with exposing the discredited basis for the controversy. Another approach is more subtle and harder. In order to reduce scepticism of expert opinion, experts across the board need to earn it. Economies that are stagnating and going into reverse for ordinary people will always produce legitimate distrust in experts a distrust that is falsely generalised. By delivering on the latent promise of modern society — that life for ordinary people will get easier over the generations instead of harder — we can reduce the distrust that fuels the anti-vaxx movement.

Algorithms designed to increase user engagement saturate our timelines with views allied to ours. We can easily be enclosed by a membrane of our likes and retweets that crafts a self-reinforcing narrative, clouding objective judgement. This pan-myopia is self-administered by a natural tendency to validate our own opinions through others who think similarly. The growing vocal fringe of anti-vaxxers have found their limelight on social media, and they’re basking in it. The detrimental power of echo chambers of course isn’t exclusive to the rise of the anti-vaxx movement. It happened with the lynch mobs in Sri Lanka and India. It has also happened with bigotry towards Islam and the surge of Islamophobia.

The arbiter should be a calm and dispassionate look at the scientific evidence. But when medical institutions are wrongly driven to disrepute by alarmists, parents are cornered into a cycle of fear with innocent children suffering. The currency of social media is validation, and every time a theory on the “parlous nature” of vaccinations is shared, it becomes a more valuable commodity easily bought by worried parents.

We know the cause of these diseases. We have the treatment. Any lingering ignorance should have been remedied, but instead this hum of doubt has grown to a deafening din of hard denial. The answer in this case is for pro-vaccination voices to becomes as zealous and passionate as anti-vaxx voices; to use social media itself to break through the echo chambers of worried parents; to get parents worried about the real risk of infectious diseases more than they are about anything else.

3. Does Religion Help or Hinder?

No religion prohibits vaccination, yet in an era of spiritual confusion, certain groups have taken it upon themselves to cast doubt on this issue. The Christian Scientist Movement and the Dutch Reformed Church openly discourage vaccination. Some orthodox Jewish communities avoid them too. Very few Muslim clerics however oppose it. Islam’s stance is clear: medicine, be it preventative or therapeutic, does no violence to Divine Decree.

Vaccinations are a benefit to society, and with the exception of anti-malarial drugs, they have single-handedly saved more lives than any other human endeavour. I address the devout and ask: how is providing relief in the form of vaccines an infringement of God’s Decree? Is medicine not part of His Decree? If God’s Benevolence is nettled by lives saved, He no longer is Merciful.

The truth is, the anti-vaxx movement has neither religious authority nor scientific authority. Yet it proliferates. It may have been in our collective hubris that after the therapeutic revolution, we became complacent in our fight against disease. But now once-conquered infectious diseases are coming back, and if left unchecked, they have the potential to pose the same danger they did in the past. If we recognised this before, we can recognise it again.

Religious institutions can play their part in this by dispelling unnecessary fears of vaccination. One community that has contributed strongly to this is the Ahmadiyya Muslim Community, which as early as the 19th Century was critical of the general distrust of British vaccinations amongst the Indian population. Then, as now, unnecessary fears were being stoked and unfounded conspiracy theories abounded. It was in this context that Hazrat Mirza Ghulam Ahmad, the founder of the Ahmadiyya Muslim Community, had this to say on vaccination in 1902:

“Anyone who views the inoculation with mistrust is immensely foolish and is his own enemy… There can be no doubt that until now inoculation is by far the best physical remedy… It is the duty of all subjects to make use of the means that are available to them.”

Ultimately, every sector of society must play their part to inoculate families against anti-vaxx fears. Concerns should be listened to and addressed, and institutions must educate parents through social media on the reality of vaccines. At a wider social level, trust in experts must be gained rather than assumed. Without such measures, unnecessary lives will be put in danger, and our children will ultimately pay the price. 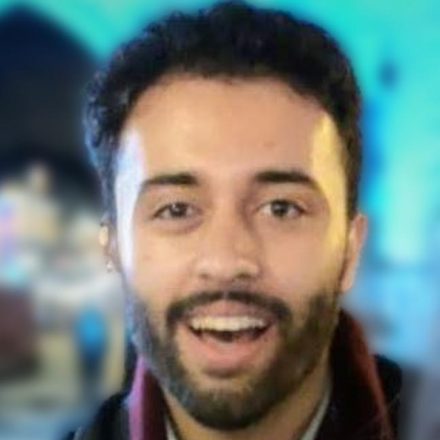 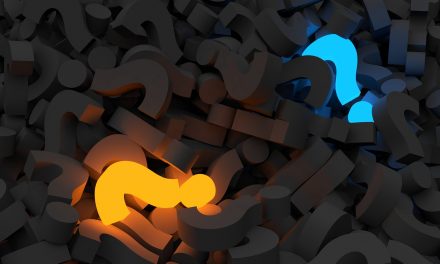 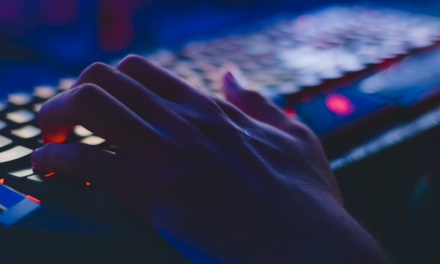 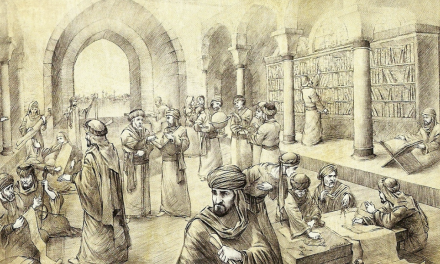 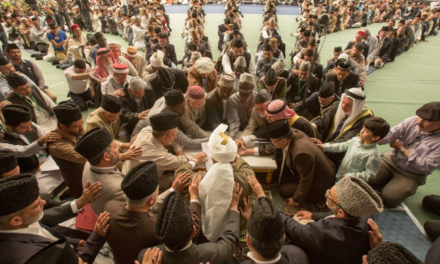