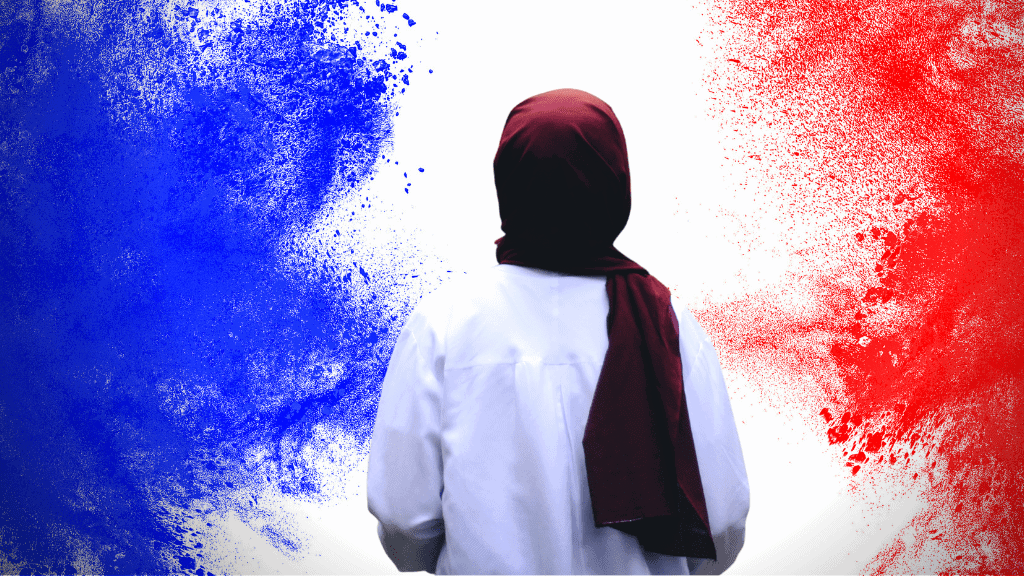 After a series of barbaric terrorist attacks, suspicion and fear of Muslims has only got stronger. However I still deeply love this country, despite the hate I regularly receive.

It’s a difficult time to be a Muslim in France. The recent events and repeated attacks have broken our hearts. Whenever such tragic news emerges, every single Muslim in France thinks “please let the attacker not be a Muslim”. The heart beats faster and faster when the journalist announces that the attack was committed by a so-called Muslim shouting “Allah-u-Akbar”. But if you’re a French Muslim like me, you know. You know what it’s like, you know that being Muslim in this country means justifying yourself over and over again. You can’t just sit at home and be devastated like everyone else. You must condemn it and justify why it has nothing to do with the peaceful and beautiful teachings of Islam – if you don’t, your position isn’t clear and some of your friends might think you are actually complicit.

In reality, French Muslims, in their majority, have always condemned the atrocities happening in their country. I remember seeing a large crowd of Muslims for both the Charlie Hebdo and Bataclan vigils. Yet, some politicians still find the means to say that Muslims are having a hard time understanding French values. Why? Because French Muslims do not like their beloved Prophet being represented in such a disgraceful manner. Whenever such cartoons are published, their heart bleeds. And ultimately, it is assumed that because they are absolutely devastated at the sight of these awful cartoons, they would be “happy” if the journal publishing these cartoons were attacked.

You see, if you’re a French Muslim like me, you’re caught in the middle – you feel like somebody is forcing you to choose between your two children. You can’t state that both are dear to you and that you wouldn’t hurt one for the other. You want to keep both, you want to cherish both in harmony and peace. But society imposes that choice upon you: so even though you pen a passionate article condemning the attacks on Charlie Hebdo while not wanting to say « Je suis Charlie », you are being an extremist. Your loyalty to the country is always put to test and you are constantly questioned like a potential culprit.

Do you know what’s even more difficult than being a Muslim in France? Being a Muslim woman in France. If you tune in to any French news channel, Muslim women seem to be present everywhere. They are at the forefront of every single primetime debate. Their choices, their practices, their clothing, almost everything is discussed, debated and ultimately criticized. Yet, you won’t find a single Muslim woman participating in the debate and putting her point of view forward. Muslim women in France are considered “backward” when they choose to dress as they please; and as a result, they are placed backstage of society. This is where they belong: they remain an isolated and silenced fraction of society, and yet that same society wants you to believe that they are everywhere, “invading” the space and values of the Republic. The truth however is much more bitter.

In my personal experience, I can say that it is impossible for a Muslim woman wearing a headscarf to fully cherish her individuality or to succeed in society. I decided to wear a headscarf when I was about eighteen; and being in a prep school, I had to take it off at the entrance of the building. Because I made that decision in the middle of the year, some of my friends noticed it and most of them were surprised, not to say shocked. An aggressive “Why?” was the first of a long series of questions regarding my choice. One even pointed out the “incongruity and hypocrisy” of my behaviour stating: “If you are fine taking it off during class, then why do you feel the need to wear it outside?”. The reality is that I was just following the rules, as our beloved Prophet Muhammad, peace be upon him, taught us not to rebel but to confront adversity with patience and prayer. I was strong, but I won’t lie: there are days when I used to come back home crying, with a huge pressure on my stomach. I have not only been confronted by my friends and inner circle, but also by random people during my commute to school. I still remember one old man telling me to go to hell for what I am wearing on my head, and spitting with disgust right after. I have faced those silent but powerful stares that speak a thousand words. I felt unwanted and unwelcomed in my own country.

Alas! The struggle doesn’t stop there. After the short but peaceful university years where nobody asks you to take off your hijab or checks your bags at the entrance, comes the time to look for a job. There as well, all doors are closed. I have a Masters degree from a prestigious Social Sciences School and received the highest distinction for my research project. Yet, when I wanted to put my knowledge to the benefit of my country, nobody wanted me. My ideas, that my teacher once qualified as “brilliant”, did not hold any value in front of my interviewers who looked through my hijab before even bothering to lay their eyes on my CV. This country has given me education, but it did not give me recognition. In France, when a Muslim woman who wears the hijab is eloquent, well-read and intelligent, she is not always looked down upon, but rather look at with pity – what a shame and what a waste, they think, an intelligent woman under the influence of a backward ideology…

And yet, as I write these lines, I cannot stop myself from shedding a tear or two. Because despite all this, I love this country. This country is a part of me, as much as I am a part of this country. Whatever happens in Paris, Nice or Lyon, it happens to me. Muslims in France might feel excluded and unwanted but they have never failed to condemn any attacks. Sadly, many politicians today are attributing the acts of a few lunatics to the general French Muslim population who have been remained patient throughout the recent events. Even after Charlie Hebdo decided to republish the cartoon of our beloved Prophet Muhammad, peace be upon him, the large majority of French Muslims did not display any outburst of anger. Rather, they called for unity and national cohesion, peacefully urging the government to put an end to divisive issues. 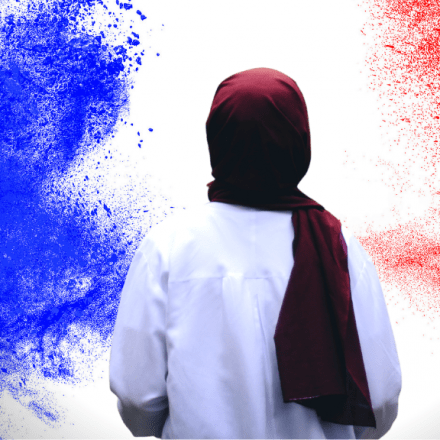 Mahrukh Arif-Tayyeb is a French Muslim currently living in the UK. She holds a Masters degree from Ecole des Hautes Etudes en Sciences Sociales - a prestigious School of Social Sciences in Paris. She has previously worked as a journalist for a french newspaper. 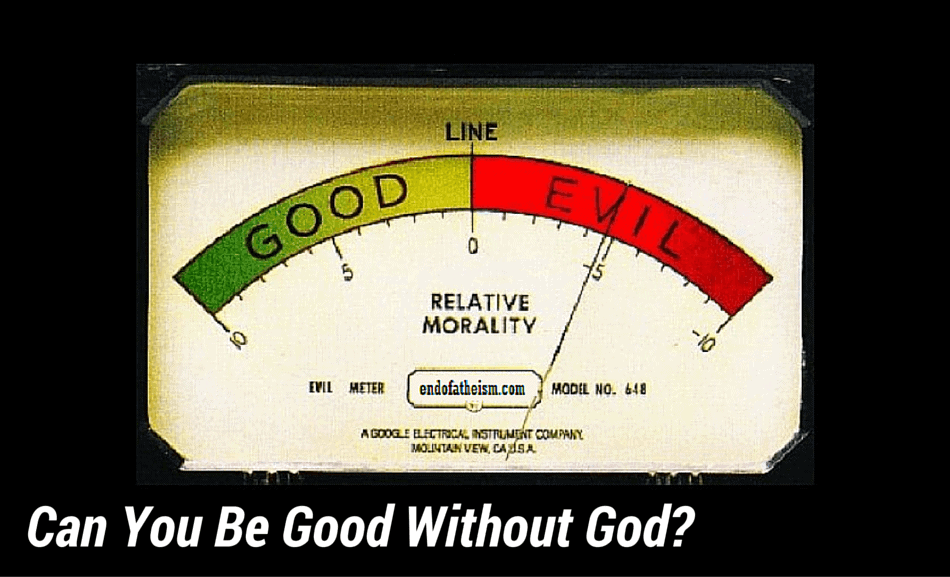 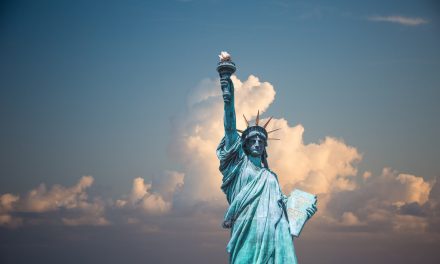 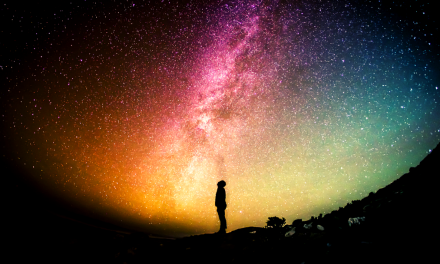