The following accounts were taken from “By the Dawn’s Early Light: Short Stories by American Converts to Islam.” They give you a small taste of what many thousands of Muslims experience every year. 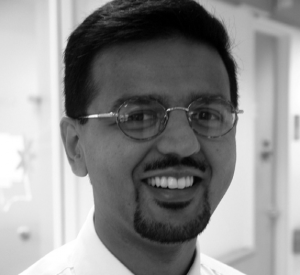 My parents belonged to a small sect of Ismaili Shias called the Dawoodi Bohras. Even now, decades later, I recall vivid images of the Bohra Community’s religious practices. Some of them seemed rather mysterious. For example, every so often, during congregational meetings, we would beat our chests with our hands and mourn the martyrdom of Imam Husain, the grandson of the Holy Prophet pbuh (peace be upon him).

[…] I entered my teens, I began to feel a certain indifference to the arrangement. The sermons were usually the same ones delivered many times over. If there were variations and nuances, they were in the use of metaphors or fantasy-like stories of people being brought back from the dead or water turning into jewels. Consequently, I found little substance in them. […] Although I remained interested in attending religious functions, by the time I graduated high school in 1990, I stopped performing my prayers. I resolved that I believed in Allah and would someday resume my prayers if I could figure out their benefit.

[…] One day, it happened. As I was chatting with a dormitory mate, a jovial looking boy turned the corner and started walking towards my room. He approached me and asked, “Are you Sohail Husain?” “Yes, I am.” “Assalaamu alaykum. My name is Irfan Alladin. I am trying to recruit members for the Muslim Students Association. I found out from your resident director that you were living just one building across from me.” Pleasantly surprised, I returned his greeting and that was the beginning of a beautiful friendship, solidly based on spiritual camaraderie. My dear friend Irfan may not have thought much of this first meeting, but to me, he came like a shining angel from amidst a thick and dark forest. He would talk about Islam and its greatness relative to Christianity, and he constantly mentioned his Ahmadiyya Community and its founder. Together we discussed, and I learned.

[…] Man must let go of false beliefs in order to accept truth. As I was gradually approaching closer to Ahmadiyya community, I felt an urge to adopt its practices. I changed my mode of prayer to the style of Ahmadi Muslims, which is essentially of the Hanafiyya School. I also could not accept the Shi’a views about the companions of the Holy Prophet pbuh, nor could I get myself to associate with the chest beating that took place during “Ashura” in the Islamic month of Muharram. Whereas I found little interest in the sermons delivered at the Bohra Mosque, I found much wisdom at Ahmadiyya gatherings.

[speaking about his encounter with a popular Shia scholar from India] In our conversations, Shaikh sahib asked me whether I accepted a saying of the Holy Prophet pbuh about Ali, “I am the city of knowledge, and Ali is its gate.” Recalling a similar question posed to Mirza Tahir Ahmad, the Fourth Khalifa of the Promised Messiah, I responded: “Sir, I fully accept this hadith.” He smiled. I continued: “You see, the Holy Prophet pbuh was both an usher of glad tidings and a warner. He commended Ali for his high degree of knowledge, which Ali had learned from him. Concurrently though, it was a warning for the Muslims to realize who the true spring and center of knowledge really was, that is, the Holy Prophet pbuh himself.” […] Shaikh Sahib’s smile turned flaccid. This concluded his interest in further scholarly discussions. 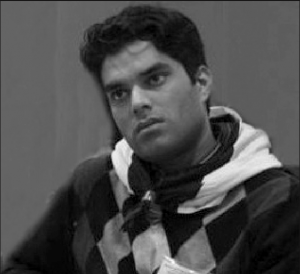 I was born to an Ahmadi Muslim mother and a Sunni Muslim father, nine years after Pakistan declared the Ahmadiyya Community “non-Muslim.” I grew up in the Rawalpindi-Islamabad area of Pakistan. I now live in Long Island, New York and am training in internal medicine. […] my mother introduced me to the Promised Messiah. She did not force it on my siblings or me or attempt to secretly preach behind my father’s back. Rather, she made us aware that another group existed and not in the way that so many people were led to believe. Since childhood, I had been drawn towards religion. I cannot remember a time that I missed a prayer or fast since the age of 12 or 13. Throughout my childhood, I read books explaining basic Islamic beliefs such as prayer, fasting, etc. In school, I performed well in subjects concerning Islam and the Arabic language. In retrospect, I can say that our Islamic teachers taught us incorrectly from the very start. They taught the translation of the kalima as, “There is none worthy of worship except Allah, and Muhammad pbuh is His last prophet.”

[…] I later learned that the Arabic makes no mention of “last” and this word had been implanted in the translation. At 16, I visited an Ahmadiyya Muslim mosque for the first time. My aunt took me to Baitul Hamd in Rawalpindi. Everybody attentively listened to a speech broadcast from England by the Fourth Khalifa. The speech marked the global launch of the Ahmadiyya satellite channel, Muslim Television Ahmadiyya (MTA). He stated that any religion not from Allah would never survive. The Promised Messiah’s Community would only achieve great expansion as the prophecy stated: “I shall cause thy message to reach the corners of the Earth.” I found this man to be no ordinary person. I had never witnessed such clarity of mind and such logical arguments. The mullahs had always been confusing in much of what they said. They had taught us about black magic and said that even though Muhammad pbuh was the greatest prophet, his enemies affected him by voodoo tricks. This experience greatly helped me learn that Ahmadiyya teachings are the truth.

Every new piece of knowledge came with the realization that Islam’s beauty was best described by this man known as Mirza Ghulam Ahmad and his Community’s scholars. I read The Philosophy of the Teachings of Islam, Noah’s Ark, and parts of The Writings of Ahmad. The Great Commentary of the Qur’an touched me the greatest because it helped me understand that the Qur’an is not just magical and mythical stories about olden times. Rather, the Qur’an was reality and continues to be completely relevant today. Additionally, I was impressed by the Promised Messiah’s use of only the Qur’an to explain the three stages of the soul in The Philosophy of the Teachings of Islam. This opened my eyes to the wonders of the Qur’an, Islam, and ultimately, the Ahmadiyya Muslim Community.

Once I gained interest and knew more about Ahmadiyya beliefs, I realized how much my family members, teachers, and peers insulted the Promised Messiah. My relationships with my father’s family became strained when they found out I had a growing interest in the Ahmadiyya Community. They constantly asked me about my faith, hoping that I would turn away from the Community. To declare myself an Ahmadi Muslim would not only threaten my relationship with my father and his family, but also threaten my relationships with childhood friends and teachers. Fortunately, these realizations did not deter me from the truth. I pushed to sign my pledge in 1998 because the Ahmadiyya Community’s realistic beliefs convinced me and the charismatic personality of the Fourth Khalifa impressed me. My mother invoked her motherly instinct and tried to tell me to make a more matured decision later in life. But I saw the truth – it stood directly in front of me, staring right into my eyes. At 17, I accepted Mirza Ghulam Ahmad as the Promised Messiah.

It is difficult to explain and incredibly cliché to say, but after joining the Ahmadiyya Community, everything became clearer. I had a firm understanding in my beliefs and actions. In my prayers, I knew exactly what the Arabic meant. Even the Qur’an became like a newly discovered treasure. I no longer grew weary of reading a foreign tongue, rather the Qur’an opened up to me and I to it. I was able to understand the Qur’anic teachings and see how they related directly to my life. But I did not see this treasure pointing just to me; I saw the treasure shining forth as a solution to the problems faced by other faiths, cultures, and nations.